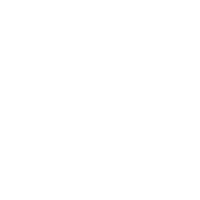 For high school seniors or junior college students planning to study art at a higher college in the near future. The applicant must be a resident of western Nebraska or Eastern Wyoming. The scholarship may be used at any junior college, four year college, university or trade school with an accredited art department.

Recipients are selected by the West Nebraska Arts Center.

Information about this scholarship and a complete list or requirements is available by contacting
the West Nebraska Arts Center (WNAC) at 308-632-2226.

The following is her obituary: January 30, 2015 11:46 AM Loving wife and mother, gifted artist Barbara McAlister, a longtime Claremont resident, died on Sunday, January 18, 2015. She was 96.Mrs. McAlister was born on July 27, 1918, the daughter of Ralph Waldo and Amelia Roxanne Fliesbach Smith, in Potorie, Nevada, a mining camp 50 miles north of Las Vegas.Following the early death of her mother, young Barbara was adopted by an uncle and aunt, Harry S. and Grace Weybright Fliesbach, and grew up in Scottsbluff, Nebraska. The family moved to southern California in the early 1930s. She graduated from Wilson High School in Long Beach.Moving to South Pasadena, she attended Pasadena City College, majoring in art. She also studied ballet and performed in several productions. Barbara and Robert McAlister were married in 1941. Following World War II, they moved to Pomona and were involved in her parents’ Don Rancho Co., which was located in Ontario and manufactured men’s sportswear. They moved to Claremont in 1969. In the 1950s through the 1970s, they started manufacturing Hang Ten sportswear, which became very popular nationally.After retirement, they enjoyed traveling and cruises, and were especially interested in the Southwest and American Indian country. They sponsored a fifth-grade Hopi girl through high school graduation and beyond through “Futures for Children.” Barbara and Bob celebrated their 50th anniversary in 1991, traveling to Paris, London and Scotland, where they visited the McAlister Castle.Barbara was an artist and studied watercolors with Milford Zornes, and both couples, the McAlisters and the Zornes, became very good friends. She was a member of the PEO Sisterhood (Chapter PD, Claremont), Scripps Fine Arts Foundation and the Harvey Mudd College Galileo Club.Mrs. McAlister was predeceased by her son, Scott McAlister, and husband, Robert Stevens McAlister. She is survived by her niece, Kathryn Wold Bean, and nephew, Richard Hampton Wold